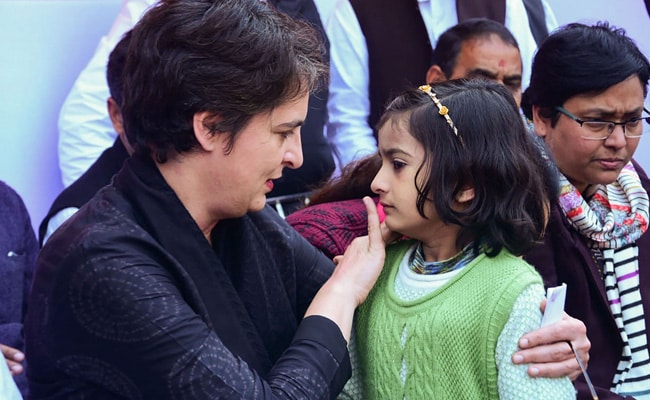 Priyanka Gandhi had met Anabia when she visited families of jailed anti-CAAprotesters.

A six-year-old girl in Azamgarh, Uttar Pradesh, has received a surprise letter and gifts from Congress leader Priyanka Gandhi Vadra. Anabia Imaan received the handwritten letter and gifts – including a school bag, a teddy bear, a lunch box and chocolates – on Wednesday afternoon, reports Deccan Herald.

Priyanka Gandhi, 48, had met Anabia last week when she visited family members of jailed anti-Citizenship Amendment Act protesters in Azamgarh. Anabia had been present at the protest site with her aunt when police had forcibly removed the protestors.

During her meeting with the Congress leader, the six-year-old had broken down when asked how she was doing. A video of Priyanka Gandhi consoling her had been widely shared online.

In her letter, signed “Priyanka Aunty”, the Congress leader asked Anabia to be a brave girl and call her whenever she wanted to. 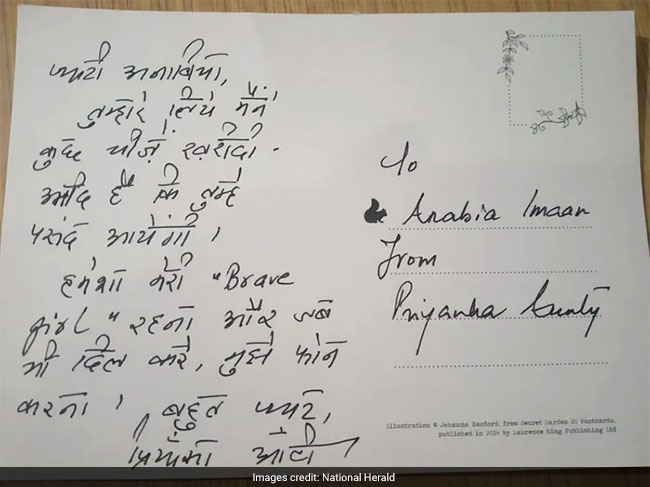 “Dear Anabia, I have bought a few things for you. I hope you like them,” she wrote in Hindi. “Always remain my ‘brave girl’ and call me whenever you want to. Lots of love, Priyanka Aunty.”

According to National Herald, the letter and gifts were delivered to Anabia by the head of the Uttar Pradesh-Congress minority cell, Shahnawaz Alam. 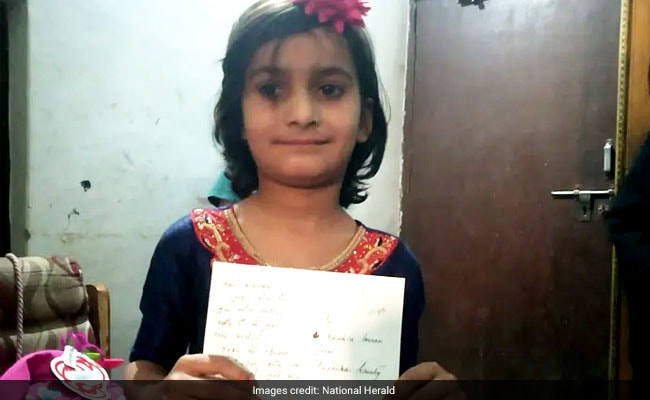 Priyanka Gandhi had visited Azamgarh last Wednesday. Asserting that the Congress would stand with peaceful protesters, the party general secretary said, “I heard stories of women. I went to Bijnor, Meerut, Muzaffarnagar, Lucknow and Varanasi and other places where the police and the administration committed atrocities. A report was drafted by our party and given to the NHRC.

“The Congress party stands by you today, it will stand by you tomorrow, and will continue to stand by you until you get justice,” she added.