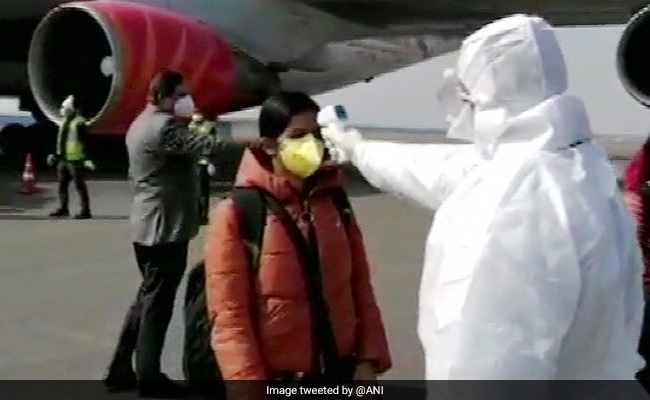 The crew had to wear 3 pairs of gloves and “layer-over-layer” of clothes that looked like a spacesuit.

As an Air India flight landed at the airport in Wuhan last month to rescue Indians stranded in the coronavirus-hit city, Captain Kamal Mohan couldn’t help but think that he had entered a post-apocalyptic film set.

“It was frightening,” Mohan said in an interview on Monday. “It’s a massive airport, so just imagine not seeing a soul. You’d think a zombie might pop up from somewhere.”

The Indian flag carrier sent two 423-seat Boeing Co. 747 aircraft on Jan. 31 and Feb. 1 to evacuate about 600 people from Wuhan, the epicenter of the coronavirus outbreak that has killed 1,800 people and infected 73,000. The flights consisted of eight pilots, 30 cabin crew and 10 commercial staff. Air India has carried out similar evacuation missions in the past, including during the first Gulf War in the early 1990s.

The airport, which handled 20 million passengers last year, was completely deserted and there were only three ground personnel to help with the evacuation process, said cabin crew chief Chander Prakash.

The Air India crew had to wear three pairs of gloves and “layer-over-layer” of clothes that looked like a spacesuit, according to Prakash. “There were special instructions on how to wear the clothes and how to remove them to ensure you don’t get contaminated,” he said.

The others who were part of the operation were doctors from India, said Captain Amitabh Singh, the other pilot.

“We were going to a place where we had no idea what we will find on the ground,” Singh said. “So we had our own doctors, who were checking temperatures of passengers, handing out masks and making us wash our hands a number of times.”