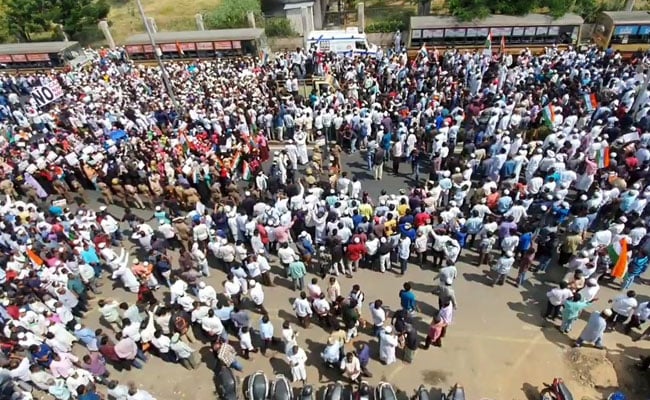 Thousands of people are marching against the CAA n Chennai

Thousands of people are marching in Chennai despite the police declining permission to them to hold a protest against the centre’s policies on citizenship. The crowd numbering at least 15,000 and mostly Muslums, according to the police, plans to surround the Secretariat and the District Collector’s office.

The Madras High Court had told the protesters not to march to the Tamil Nadu assembly. The protesters say they are on a peaceful protest and will not go towards the assembly building.

Several Muslim groups that are leading the protest have said the high court order does not apply to them as they were not made respondents to the case.

The protesters are demanding that the Tamil Nadu assembly pass a resolution against the CAA.

The ruling AIADMK has come out in support of the Citizenship (Amendment) Act or CAA, which fast-tracks the process of giving citizenship to persecuted non-Muslim minorities from three neighbouring countries. The AIADMK says the CAA doesn’t affect Indian citizens.

Chief Minister E Palaniswami, an ally of the BJP, has appealed to the protesters to maintain “communal harmony”. “The Tamil Nadu government will not allow any move that is against Muslims,” Mr Palaniswami said.

Thousands of policemen are keeping an eye on the protesters at Chepauk in the southern city. They have appealed to people against posting “provocative” messages on social media.

Thousands of protesters were cleared out by the police on Friday last after a clash. Four policemen were injured.