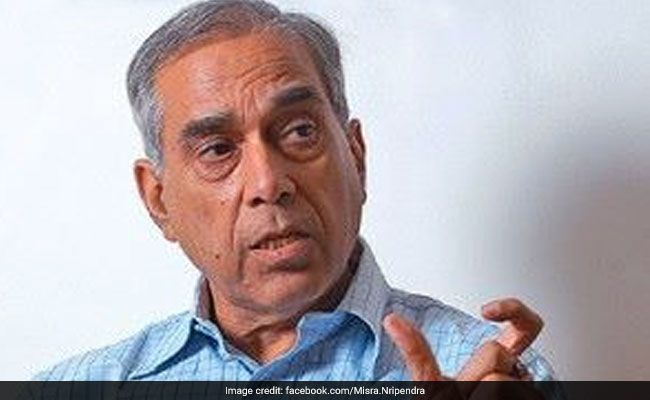 Nritya Gopal Das — chief of Vishwa Hindu Parishad’s Ram Janambhoomi Nyas and accused in the Babri Masjid demolition case — will head the trust that will be in charge of building a Ram temple in Ayodhya.

Another top member of the Vishwa Hindu Parishad, vice president Champak Rai, will be the General Secretary.

At a meeting this evening, the office bearers of the trust were formally named. A key role will be played by Nripendra Mishra, a former aide of Prime Minister Narendra Modi, who was named the chairman of the temple construction committee.

PM Modi had announced the formation of the 15-member trust in Parliament on February 5, following the orders of the Supreme Court. He had named nine members, leaving the rest of the posts vacant.
The Trust, which held its first meeting today, was also expected to finalise the date for the beginning of construction of the Ram Temple.

Vishwa Prasanna Teerth Swami of the Ram Janambhoomi Trust told NDTV that the temple construction committee wold meet next month to take a call on the date.

In a landmark judgment in November, a five-judge constitution bench of the Supreme Court had awarded the disputed 2.77 acre land in Ayodhya for a temple. The court said a government-run trust will be responsible for the construction. The Muslims would be given a five-acre “suitable” plot in the town, the Supreme Court had announced.

Be the first to comment on "Ayodhya Ram Temple Trust Names Chief, Key Role For Former Aide To PM Modi"