Mumbai Dentist Fights To Get Mother’s Body Back – News Description 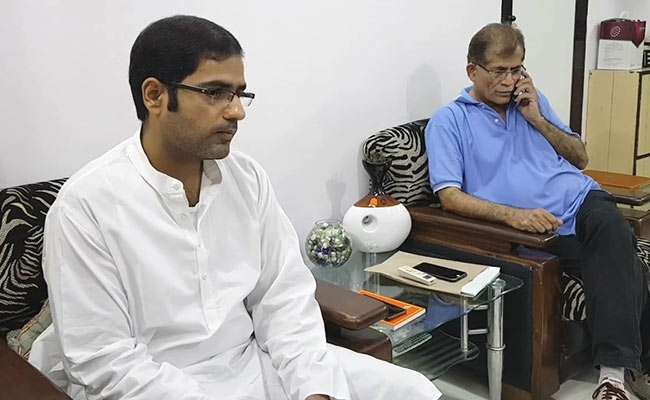 Over 1,700 people have died of the epidemic in China that has now spread to more than 20 countries

Mumbai-based 35-year-old dentist Puneet Mehra is hoping to perform his mother’s last rites soon if the Indian authorities can find a solution to the problem. Three weeks ago, while he was returning to Mumbai with his 63-year-old mother Rita Mehra from Australia, she died on the flight due to a heart attack. The Air China flight made an emergency landing at Zhengzhou Airport and the body was taken to the morgue of the provincial hospital there. But 24 days later, there is no sign of her body coming home, leaving the family in emotional distress.

“I don’t understand where the problem is. I have written to the PM, the President and the MEA but there is still no sign of my mother and we don’t know when she will be brought back here,” Dr Puneet Mehra said.

The body is currently at the morgue of Henan Province Provincial Hospital and the family hopes that their ordeal will end soon. Since India is going to operate a special flight with medical relief to China later this week, the 35-year-old dentist is appealing to authorities to use this flight to bring his mother home.

“I have lodged my grievance on Modiji’s grievance website and attached a letter also. I have written to the President of India and to the External Affairs Minister’s office also. One email I have sent to the Ambassador of India in Beijing, but I am still waiting for the response. 24 days have passed, and we still don’t know the whereabouts of my mother. I have come back but my mother is still there,” Dr Mehra told NDTV.

Rita Mehra’s husband, Dr Rajendra Mehra said, “I want to appeal to the Prime Minister and the External Affairs Minister to help us. We want to perform her last rites and we can’t do that till the body comes back.”

The Indian Embassy says due to the severe restrictions on funeral homes and movement in China due to the Coronavirus outbreak the process may take time. They say the steps to control the epidemic is causing the delay and the family will be informed of developments the moment the Indian Embassy has more information.

In a letter to the family, an Indian Embassy official said, “The Chinese Government has taken unprecedented measures and few even draconian steps to control the epidemic, which is not willing to subside so far. In nutshell, it is not a normal and an ordinary time that China is facing. The overall situation is extra-ordinary and completely abnormal necessitating the Government to take any conceivable step to contain the spread, which has led to widespread and severe restrictions on movement of people and vehicles.”

“While it is going to be our earnest endeavour with the Chinese authorities to seek their indulgence in allowing the concession in the imposed regulations to allow the mortal remains to be transported to India, yet we cannot predict at this stage whether our pursuance would melt Chinese authorities,” the official added.

Over 1,700 people have died of the epidemic in China that has now spread to more than 20 countries.