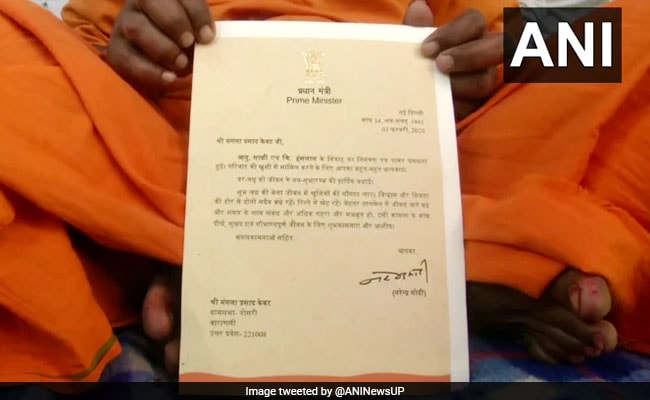 PM Modi has conveyed his blessings to the bride and her family.

Prime Minister Narendra Modi has sent a letter to rickshaw puller Mangal Kewat, congratulated him on her daughter’s wedding.

In the letter which was received by Mr Kewat on the day of the marriage ceremony of his daughter, PM Modi has conveyed his blessings to her and the family.

Mr Kewat, a resident of Domri village adopted by PM Modi, had sent an invitation card to Prime Minister’s Office (PMO) and had urged him to visit for his daughter’s wedding on February 12.

The family is elated after receiving the letter.

“We had sent the first invitation to Prime Minister Narendra Modi, I personally handed it over at the PMO in Delhi. On February 8, we received the congratulatory letter from PM Modi, which has excited us,” MR Kewat told ANI on Saturday.

“This letter is proof that the Prime Minister cares about the last man in the society,” he added.

Renu Devi, Mr Kewat’s wife further said that the family wanted to meet the Prime Minister, who is scheduled to arrive in Uttar Pradesh soon.

“We want to meet the Prime Minister, and tell him about the difficulties faced by our family,” Ms Devi said.