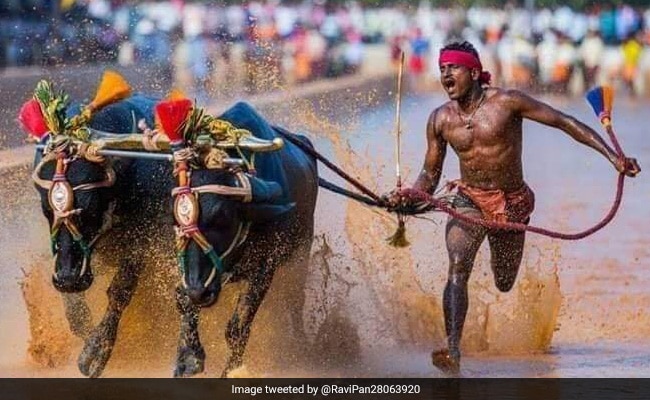 The man is Srinivasa Gowda from Moodabidri in Dakshina Kannada district

A video clip of a Karnataka resident who took just 9.55 seconds to run a distance of 100 metres has wowed the social media.

A Twitter post by a user went viral when he pointed out that the man’s timing was faster than international athlete Usain Bolt, who currently holds the world record in the 100-metre race at 9.58 seconds.

Kambala is an annual buffalo race held in the southwestern state of Karnataka. Traditionally, it is sponsored by local Tuluva landlords and households in the coastal districts of Dakshina Kannada and Udupi. As one can observe from the viral picture, the Karnataka man is running alongside a pair of buffalo in a field filled with water.

A user wrote: “True, but physics says something was make him run faster. Anyhow, appreciating his strength.”

Another wrote: “What a physique… it seems someone carved him from stone… marvelous…”

“OMG. Is it real? Indian government needs to look into this man’s speed. Can you reach out to the Sports Authority of India or the Sports Ministry?” asked a user.

“This guy will surely get us a gold medal at the Olympics!” another user remarked.