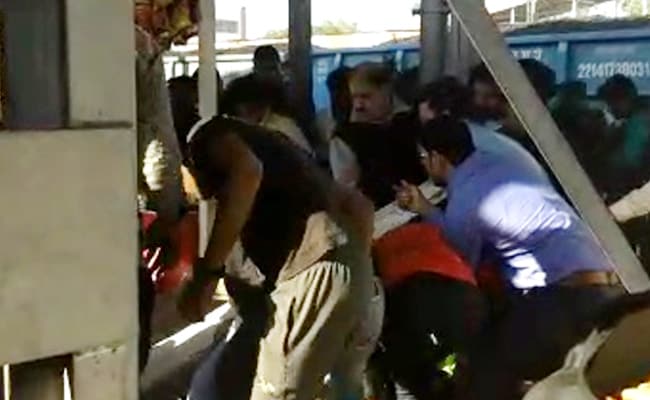 Ambulances were called immediately and injured were rushed to a nearby hospital.

At least nine people were injured when a portion of overbridge collapsed this morning at Bhopal Junction railway station.

Passengers were seen helping those injured as the incident reported at around 9 am at platform- 3 led to a chaos at the railway station. In visuals, locals and railway staff were also seen picking up debris.

Ambulances were called immediately and injured were rushed to a nearby hospital.

In a tweet, Madhya Pradesh Chief Minister Kamal Nath called the incident “tragic”. “At Bhopal Railway Station, the collapse of a portion of overbridge is extremely tragic. Some people have been injured in the accident. Wish a speedy recovery to those injured. Officials concerned have been directed to offer assistance,” he wrote in Hindi.

Cops and railway officials are taking a stock of the situation.