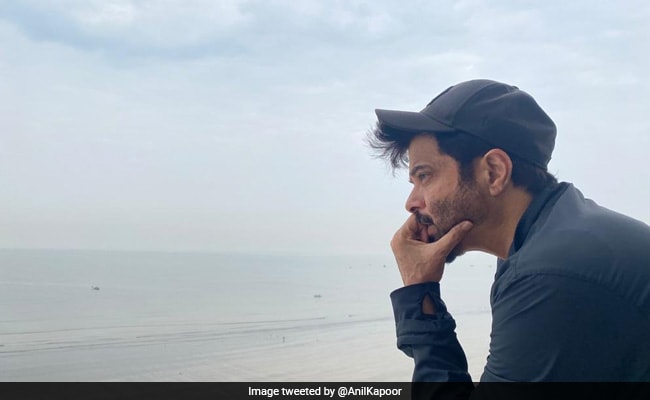 Looks like busy star Anil Kapoor currently has a hectic work schedule. Anil Kapoor summed up his Thursday mood with a tweet today morning, in which he wrote: “From gruelling night shoots to calm mornings.” In the photo, the 63-year-old actor can be seen enjoying some me-time. Now, Anil Kapoor’s tweet, prompted a fan to get creative on photoshop. A female fan hilariously photoshopped her own photo into Anil Kapoor’s picture and shared it with the actor on Twitter. “What are we talking about, sir?” the fan asked the Malang actor. The fan-art (of sorts) did not go unnoticed by Anil Kapoor, who responded with an epic reply. “I’m guessing we are probably talking about breakfast,” was Mr Kapoor’s ROFL response.

Needless to say that Anil Kapoor’s reply is pinned on the fan’s Twitter wall with these words: “The best breakfast of my life” and the heart emoji.

Read about Anil Kapoor’s twitter exchange with his fan here:

I’m guessing we are probably talking about breakfast!! @Maelbarrakhttps://t.co/T4bY3CMCim

The best breakfast of my life https://t.co/iFWJQLCsK9

Anil Kapoor’s tweet was part of his “AK vs AK” series. AK vs AK is Anil Kapoor’s new film for Netflix, which is being directed by Vikramaditya Motwane. AK vs AK is part of the new series of films announced by Netflix India for 2020. Here’s how Anil Kapoor was prepping for the Netflix film earlier.

Making sure I don’t miss that train in #AKvsAK!! #RunningPrepBegins#WorkoutWednesdaypic.twitter.com/fnLXKdl2ve