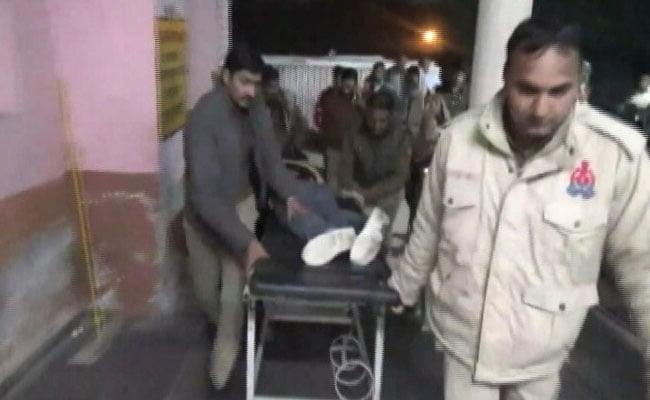 Firozabad: The rape accused man was not arrested despite threatening the girl’s family.

The father of a rape survivor has been shot dead allegedly by the man accused of raping his 15-year-old daughter in Uttar Pradesh’s Firozabad in the latest incident to raise questions on policing in the country’s most populous state.

The girl’s father was gunned down on Monday when he was returning home by the rape-accused Aachman Upadhyay and died on the spot, according to the police.

The victim’s family told local reporters that Upadhyay had threatened to kill them if they did not drop the rape case.

He raped the girl, a Class 11 student, last year in August but had not been arrested yet. His property had been seized on court orders, news agency IANS reported.

Upadhyay was constantly threatening the woman’s family to drop the case against him. Last week, he told them that he would kill a family member within five days if they did not take back the case. They had informed the police but no action was taken, they alleged.

Three officers have been suspended over the incident, the police said.

“In preliminary inquiry, three policemen have been found guilty of negligence – two station in-charges and one in-charge of the local police post,” A Satish Ganesh, a senior police officer, told NDTV.

Five police teams have been formed to catch the man and a reward of Rs 50,000 has been announced for information leading to his arrest, he said.

Uttar Pradesh has one of the worst law and order records in the country and tops the list of states with the highest number of crimes against women, according to latest available government data.

In 2018, the father of a woman raped in Uttar Pradesh’s Unnao was thrashed savagely by associates of Kuldeep Sengar, a former MLA of the state’s ruling BJP, inside a police station and died from his injuries.

The case made international headlines as the woman tried to commit suicide outside the home of Chief Minister Yogi Adityanath after being harassed and turned away by the police.

Last year, she was seriously injured after a car she was travelling in was rammed by a truck with blacked-out number plates, killing two of her aunts, in a case that is being separately investigated.