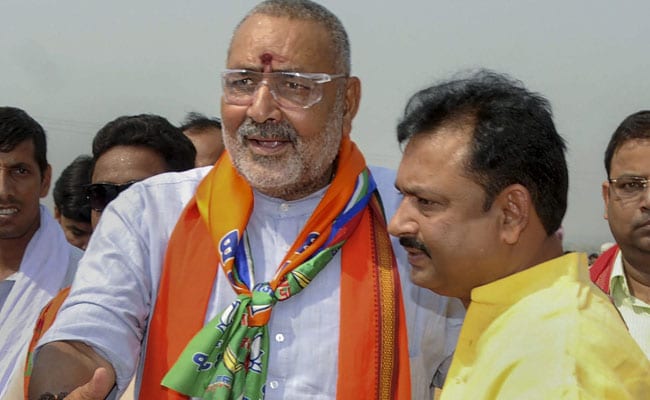 “These people are not against CAA, they are against India,” Giriraj Singh said

Union minister Giriraj Singh, rarely pulled up by his party, the BJP, for his outrageous hate speeches, has contributed one more. This time, he has alleged that Islamic seminary Deoband in Uttar Pradesh is an “aatankvaad ki Gangotri (source of terrorists)”.

“I had once said that Deoband is the Gangotri of terrorists. All most-wanted terrorists of the world came from Deoband, including Hafiz Saeed or any of the others,” said Giriraj Singh.

He also said sites like Deoband in UP and Shaheen Bagh in Delhi, where protests have been on for two months against the Citizenship (Amendment) Act (CAA), especially by Muslim women, are breeding grounds for suicide bombers.

“These people are not against CAA, they are against India. This is a kind of a Khilafat movement,” said Giriraj Singh.

He went on to repeat a controversial comment he had made earlier this month about Shaheen Bagh, where women and children have sat on a road for two months to protest against the CAA.

“This Shaheen Bagh protest is no longer an agitation. A group of suicide bombers is being raised here and conspiracy against the country is being hatched in its capital,” he claimed.

Giriraj Singh is the Union Minister for Animal Husbandry and Fisheries.

Several BJP leaders have targeted anti-CAA protests and described the protesters and critics of the citizenship law as “traitors” and “anti-national”.

The CAA enables non-Muslims from Pakistan, Bangladesh and Afghanistan to become Indian citizens if they escaped religious persecution and entered India before 2015. The government has been accused by critics of subverting the constitutional principle of secularism and discriminating against Muslims by bringing in the CAA.