‘They Are Bechare,’ Says Adnan Sami About Critics Of His Padma Shri – News Description 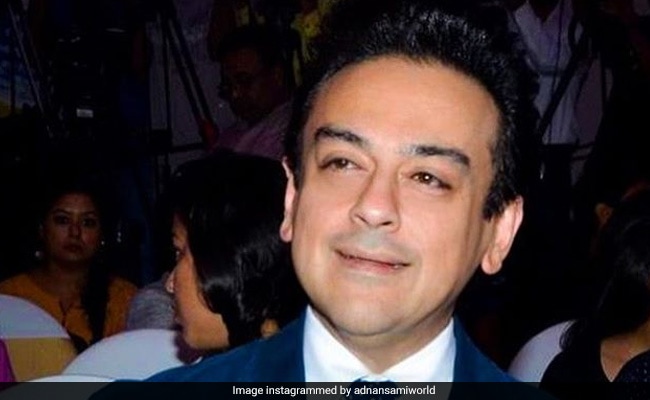 Singer Adnan Sami, who was controversially awarded the Padma Shri this year, has summarily dismissed his critics, calling them ‘bechare,’ reports news agency IANS. Mr Sami, 46, says he has ‘forgiven’ those who criticised the government’s decision to name him on the list of Padma honours and that he hopes ‘they will learn from it.’ Opposition parties and non-political voices were united in their criticism when the Pakistani-origin singer was announced as one of this year’s Padma Shri recipients. Adnan Sami, son of a Pakistani air force pilot, became an Indian citizen just four years ago in 2016.

Speaking on the sidelines of the launch of his new song Tu Yaad Aya in Mumbai, Adnan Sami said, “It is okay if they didn’t like it. I have forgiven them. They are bechare and I hope they will learn from it. If a handful of people don’t like it, then it doesn’t matter because 1.3 billion people liked the decision, so who are they? They should be kept aside,” reports IANS.

Adnan Sami, who applied for Indian citizenship in 2015, also said that receiving the Padma Shri had made him more committed to his craft, fans and country. “It’s really precious. I feel when you are honoured with a prestigious award like Padma Shri, it increases the responsibility. Now, I feel a tremendous sense of responsibility to try and do even better,” he said, reports IANS, “The most important thing is that the field in which I have been given this blessing of an award is art and music. I feel my responsibility towards my fans, my country is through my profession, which is music. So, apart from being a responsible citizen in general, my responsibility is to ensure that I give my best through my profession, which is music, for which I have been honoured, and try and excel and give back even more of my love through music.”

Adnan Sami was a popular musician in India long before he became Indian. He is best-known for composing music for films such as Lucky: No Time For Love(2005), Dhamaal (2007) and Shaurya (2008), among others. Kabhi Toh Nazar Milao and Lift Karade are two of his most popular tracks.

(With inputs from IANS)

Be the first to comment on "‘They Are Bechare,’ Says Adnan Sami About Critics Of His Padma Shri"