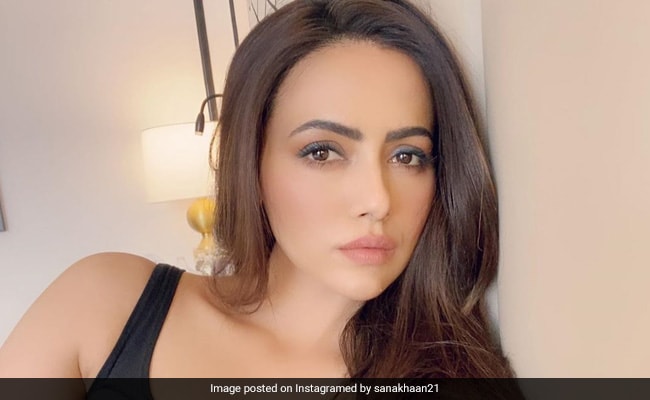 Actress Sana Khan, who shared the words “betrayed, broken and beautiful” on her Instagram a while ago, fanned speculation about a difficulties in her love life. Now, in a lengthy Instagram post, the actress revealed she’s broken-up with choreographer Melvin Louis, claiming “he’s a compulsive cheater.” Sana Khan also shared screenshots of her interview to Bombay Times, in which she opened up about going into depression since her split with Melvin: “I have developed anxiety issues and am dealing with depression ever since,” read the article. Sana began her Instagram post by writing: “This is my first and it has taken a lot of courage from me to come out and speak the truth. Coz there were so many people who believed in this relation and showed so much love and respect but unfortunately I didn’t get it from where I should have gotten.”

“This man is dirt and he is disgusting unfortunately it took me a year to find out coz I believed in him blindly. I have taken a stand for myself coz if I won’t, no one will. He is a compulsive cheater and a compulsive liar and this is his regular thing to do with everyone for his fame and popularity,” she added in her post. Sana also said that she’s prepared for “fabricated” sides of the story but that her version is the “original content”: “This is the original content with no fabrication but be ready for the covers on this.” Read her full post here:

Sana, who told Bombay Times that she got suspicious sometime in September last year, also added in the interview that she sensed sometime fishy recently again: “A few days ago, I felt that he was up to something. Since I had my doubts, I took his mobile phone, which he snatched back from me and started deleting messages. That’s when I realised that whatever people told me about him was true, and I ended the relationship. In fact, I have come to know that he has already moved on with somebody else. I know who the girl is, but it’s not right on my part to reveal her name.”

Sana Khan is an ex-Bigg Boss contestant and recently appeared in Bigg Boss 13. In Bollywood, she has featured in films such as Halla Bol, Jai ho and Wajah Tum Ho.

Be the first to comment on "Sana Khan ‘Dealing With Depression’ After Break-Up With Melvin Louis, Says ‘He’s A Compulsive Cheater’"