Samsung will be debuting its AirDrop like feature that it’s calling ‘Quick Share’, with the recently released Galaxy S20 lineup of phones. It works in a similar way as AirDrop by searching nearby contacts and allowing for easy file transfers. As to what all you can share, Samsung says you can “Share everything with your friends instantly.” The feature also supports sharing to 5 people at the same time without the need of pairing devices. Currently, the feature is limited to the Galaxy S20, Galaxy S20+, and Galaxy S20 Ultra but Samsung says support for other devices is coming soon.

As spotted on the Samsung US site on the Galaxy S20 5G page, the company details the feature, and clearly details “See which of your contacts is nearby so you can select and share with up to 5 friends at the same time. No pairing needed. *Only available for Galaxy S20, S20+ and S20 Ultra 5G. Support for other devices coming soon.” The sharing with five friends at a time feature means that Samsung’s feature in fact has a benefit over AirDrop, which only works for one recipient at a time.

To recall, Samsung’s Quick Share feature was reported by XDA Developers last month, after extracting details from an APK present in One UI 2.0. From the report, more details about Quick Share were gleaned. It will let users upload their files to Samsung Cloud but only temporarily. The maximum file size is up to 1GB and it comes with a 2GB per day cap. These files are then broadcast to Samsung Smart Things devices where they can be downloaded by the end user. 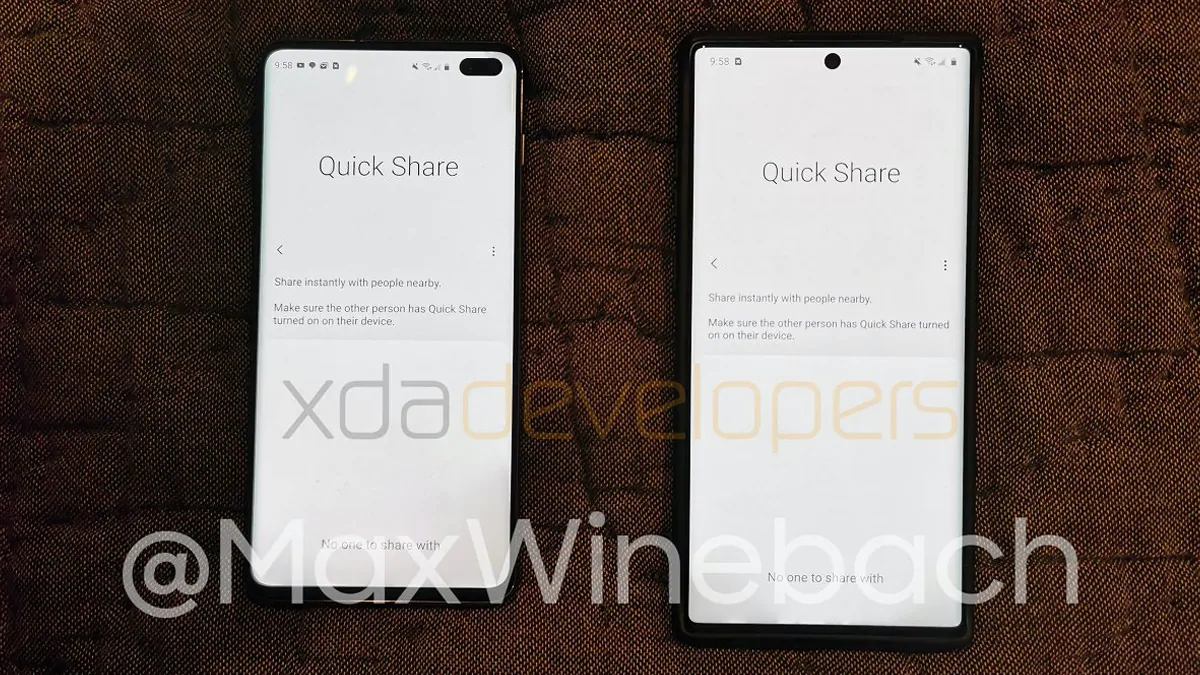 Looking at the screenshots of Quick Share shared by XDA Developers last month, we can see it gives the user two options, whether to share files with everyone with a compatible Samsung phone or just contacts. Samsung has previously allowed its customers to cast content from their phones to Samsung TVs so this isn’t the first time it is implementing a device-to-device file sharing feature.

Affiliate links may be automatically generated – see our ethics statement for details.

Be the first to comment on "Quick Share Feature Debuts With Galaxy S20 Lineup, Samsung’s Answer to Apple’s AirDrop"