Marathi To Be Must In All Schools Across Maharashtra, Says Minister – News Description 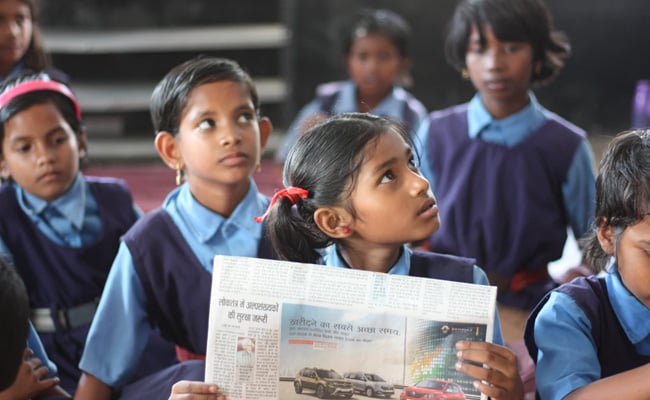 Marathi will be compulsory from Class 1 to Class 10 in all schools, the minister said.

The Maharashtra Cabinet has cleared a proposal to enact a law in the next assembly session to make the teaching of Marathi language mandatory to in all schools in the state irrespective of the medium of instruction.

Senior Shiv Sena leader and the Marathi Language minister Subhash Desai confirmed that a draft bill is being prepared for this and the bill will be introduced in the upcoming session of the Maharashtra Assembly.

“Marathi will be compulsory from Class 1 to Class 10 in all schools. Around 25,000 schools currently dont have this and so we will implement it there. We have researched and found similar guidelines in southern states which have been implemented for Tamil, Kannada,” Mr Desai said while talking about the move.

There are around 25,000 English medium schools in the state according to state government estimates and once the law is passed it will be compulsory to teach the Marathi language from Class 1 to Class 10 in all schools across the state, irrespective of their medium of instruction.

Further pushing for the use of Marathi language, Mr Desai said, “Not just district courts but even the High Court should have Marathi as a language but that hasnt yet happened but we are working on it. We are also working on changing name of the High Court.”

The new guidelines will apply to all schools including CBSE schools which exist in the state.

Students in the state earlier studied Marathi compulsorily from Class 5 to Class 8 as a third language if they did not have it as a second language. Now they will have to study the language from Class 1 itself and continue learning the language right up to Class 10. Some schools introduced Marathi from Class 1 earlier after a government guideline to encourage the learning of functional Marathi from Grade 1 to Grade 8 as it is the state language. Zeenat Bhojaboy, Principal of Jamnabai Narsee School “Every child should ideally learn the state language but now we need proper directions from the Education department on how to implement this in Grade 9 and Grade 10 as different schools follow different curriculums.”

Be the first to comment on "Marathi To Be Must In All Schools Across Maharashtra, Says Minister"