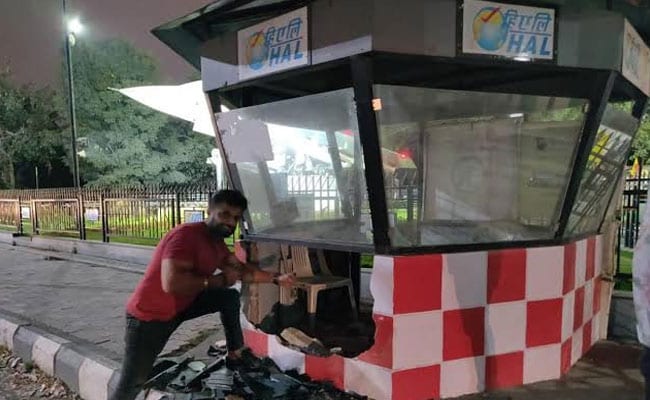 Sunny Sabharwal is the son of a co-owner of an amusement park in Bengaluru.

A Bengaluru-based businessman allegedly crashed a Lamborghini Gallardo into a traffic checkpost in the city on Sunday, clicked photos with debris and later abandoned the luxury car near the checkpost, police said.

Sunny Sabharwal, who is the son of a co-owner of an amusement park in Bengaluru, was identified as the man driving the car. He was arrested over the incident and later released on bail, said police.

No one was present near the checkpost when he rammed it on Sunday at around 5:30 pm and broke its outer wall, police added. One of his friends was accompanying him.

In visuals, which he posted on social media and later deleted, Sunny Sabharwal is seen posing next to the debris. The luxury car did not have a number plate.

“The person who was driving the car had surrendered but we arrested him after following due legal process. He was later released on bail,” said a senior police officer, Ravikanth Gowda.

Police said they have seized the car and the documents. A local court would decide the fine and punishment in the case.

The traffic post, which was damaged, has been repaired.