Oscar Winner Brad Pitt Is Back On Top – News Description 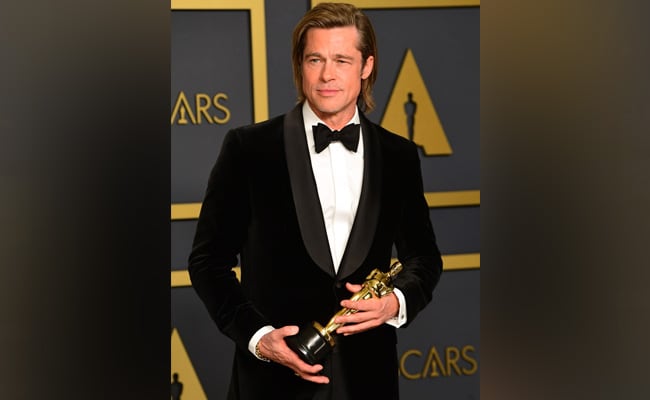 Brad Pitt’s Oscar win on Sunday marks a fitting comeback for the veteran actor whose personal life, rather than his on-screen roles, have dominated headlines in recent years. Brad Pitt won the golden statuette for his role as a laid-back fading stuntman in Quentin Tarantino’s ode to 1960s Tinseltown, Once Upon a Time … In Hollywood. “This is incredible, really incredible,” the 56-year-old said as he accepted the award – his first Academy Award for acting after more than 30 years in showbiz and three previous performance nominations.

“They told me I only have 45 seconds up here, which is 45 seconds more than the Senate gave John Bolton this week,” he said, in reference to President Donald Trump’s impeachment trial. “I’m thinking maybe Quentin does a movie about it — in the end, the adults do the right thing.”

His quips were the latest in a string of pithy, often funny speeches delivered as he swept a glut of prizes this award season including a Golden Globe, targeting everything from divorce to Prince Harry.

On Sunday, he bested a crowded field of four former Oscar winners – Joe Pesci and Al Pacino for Martin Scorsese’s The Irishman, Anthony Hopkins (The Two Popes) and Tom Hanks (A Beautiful Day in the Neighborhood).

But it was not his first Oscar – he won a best picture prize in 2014 as one of the producers of 12 Years a Slave.. Brad Pitt’s performance in Once Upon A Time… earned him rave reviews, with Britain’s Sunday Times describing it as the best by a movie star in 2019.

The award is a well-earned win for the Hollywood heartthrob, who has kept a low profile since 2016 as he went through a messy divorce with Angelina Jolie and a bitter custody battle over their six children. Brad Pitt faced accusations of child abuse, heavy drinking and drug use. Since then, he has talked at length about getting sober, and attending Alcoholics Anonymous meetings for a year and a half after having “taken things as far as I could take” them. “This is for my kids who color everything I do. I adore you,” he said on Sunday.

Even before his relationship with Angelina Jolie, Brad Pitt has endured the constant tabloid spotlight – especially during his engagement to Gwyneth Paltrow and subsequent marriage to Jennifer Aniston. “In the 90s, all that attention really threw me,” Brad Pitt told The New York Times in an interview last year. “It was really uncomfortable for me, the cacophony of expectations and judgments. I really became a bit of a hermit and just bonged myself into oblivion.”

Raised in Springfield, Missouri, Pitt was the eldest of three children whose father owned a trucking company and aspired to give his kids a better life. Brad Pitt moved to Los Angeles in the 1980s on a whim, dropping out of college just two credits shy of earning a degree in journalism.

After doing some odd jobs, including dressing as a chicken for a fast-food restaurant, he started getting small TV roles, including on Dallas and 21 Jump Street. His breakout role came in 1991 as a sexy hustler in Ridley Scott’s smash hit Thelma And Louise starring Geena Davis and Susan Sarandon.

That success propelled him to a series of bigger roles – A River Runs Through It directed by Robert Redford, Interview With The Vampire opposite Tom Cruise, Legends Of The Fall with Hopkins, and thriller Se7en all by 1995. His first Oscar nod came for another 1995 film, the off-kilter Twelve Monkeys directed by Terry Gilliam. By that time, Pitt was a bona fide A-lister.

After that, he showed versatility in his roles, starring in crime caper Ocean’s Eleven with George Clooney, psychological drama Babel and Quentin Tarantino’s Inglorious Basterds.

His other Oscar acting nods came for The Curious Case of Benjamin Button and Moneyball, a film he also produced.

Apart from Once Upon a Time, his comeback to the big screen in 2019 also included a critically acclaimed performance in space drama Ad Astra, in which he plays astronaut Roy McBride.

Going forward, Brad Pitt — whose interests include sculpting and landscaping – has said he plans to increasingly focus on producing movies rather than appearing in front of the camera. “It’ll be fewer and farther in between for me, just because I have other things I want to do now,” he told the Times. “When you feel like you’ve finally got your arms around something, then it’s time to go get your arms around something else.”