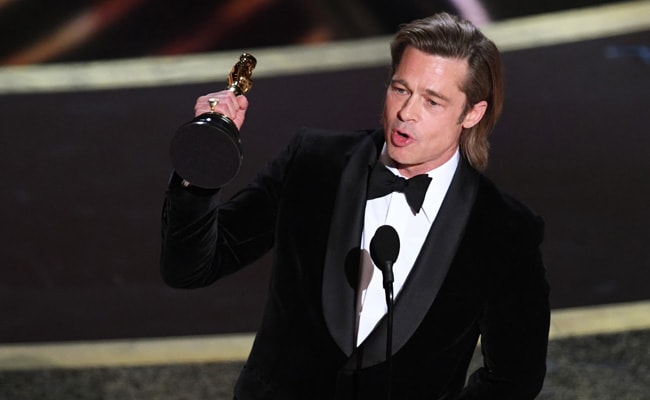 Yes, Brad Pitt is this year’s Best Supporting Actor at the Oscars, winning for his performance in Once Upon A Time In Hollywood. Brad, who has swept this award season, beat out Anthony Hopkins, Tom Hanks, Al Pacino and Joe Pesci. Before he went up to receive his Oscar from last year’s Best Supporting Actress Regina King, Brad got a hug from his co-star Leonardo DiCaprio, a Best Actor nominee this year.

Here are this year’s Oscar winners:

Be the first to comment on "92nd Academy Awards: Oscar Winners"