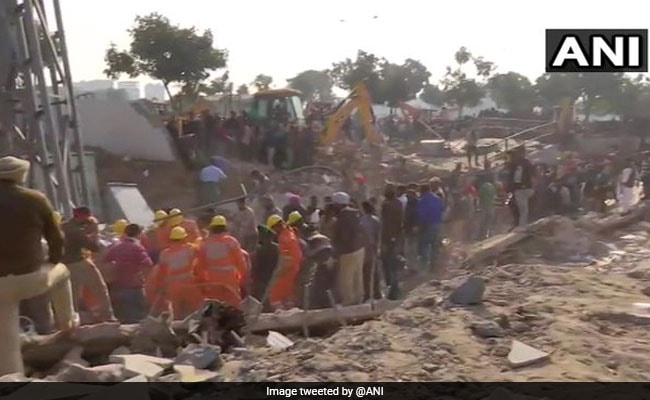 Fire brigade and NDRF personnel have launched a rescue operation at the spot.

Several people are feared trapped under the debris of a three-storey building that collapsed in Punjab’s Mohali on Saturday. Fire brigade personnel have launched a rescue operation in coordination with a National Disaster Response Force team.

No casualties have been reported so far.

Officials said that the building, located near the JTPL City Project on the Kharar-Landran road, collapsed when an excavator working on an adjacent plot accidentally hit one of its walls. The structure reportedly housed the office of a local builder.

Be the first to comment on "3-Storey Building Collapses After Being Hit By Excavator, Several Feared Trapped"