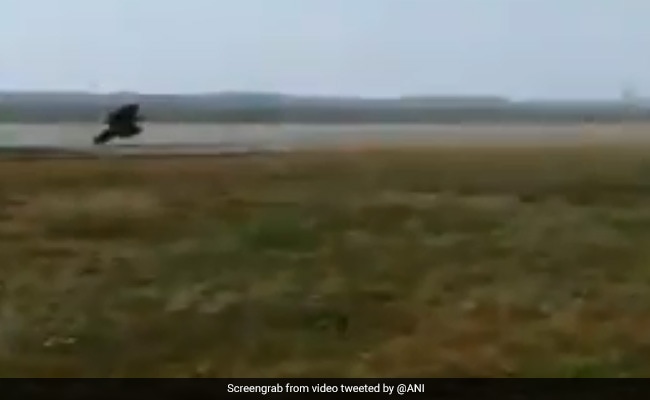 Humans may have positioned themselves as the dominant species on the planet but clearly the memo did not reach everyone – case in point, a group of langurs at the airport in Ahmedabad.

An airport official in Gujarat was seen on video chasing away a group of the large monkeys from the grounds of the Sardar Vallabhai Patel International Airport on Friday dressed as a bear, news agency ANI reported.

#WATCH Gujarat: An airport official at Sardar Vallabhai Patel International Airport in Ahmedabad dressed in ‘bear’ costume to scare away langoors on the premises. (Source-Airport Authority of India) pic.twitter.com/Qa6iIPFoLq

“Langurs are scared of bears and so we made a costume. When our staff member wore it and tried to scare the langurs, they started running away. So this is a good and successful experiment. We have been doing this from the past one week,” Airport Director Manoj Gangal told ANI.

With human settlement expanding into natural habitats of animals, several cities and towns across India have found themselves encountering monkeys.

Delhi in particular has had a long-standing monkey problem. In 2014, the government had hired some 40 people to impersonate as monkeys to scare off real monkeys from near the parliament building.

Be the first to comment on "Ahmedabad Airport Official Chases Away Monkeys, Dressed As A Bear"