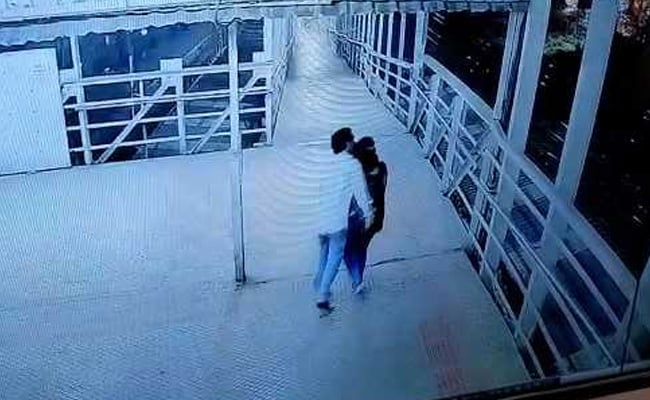 Mumbai: The man forcefully kisses a woman commuter and runs away as she stands, in shock.

A young man, in white shirt and a pair of blue jeans, can be seen casually stalking a young woman on the deserted bridge of a railway station in Mumbai. He then runs up to her, brazenly kisses on her face before running away, leaving the woman in shock.

The repeat offender, who has been seen kissing and touching women inappropriately without any fear of repercussion, has been caught on CCTV camera at the railway station in Matunga more than once, the police said.

He was identified after he was arrested in a separate theft case on Thursday. The police said there were multiple complaints of theft against him.

Police, however, have not filed any molestation complaint as they are still waiting for women to come forward and register a formal complaint. The man is out on bail in the theft case.

The latest video emerged on January 26. The man forcefully kisses the woman commuter and runs away as she stands, in shock. She can be seen looking back again and again, in fear, as she hurriedly walks away from the pervert.