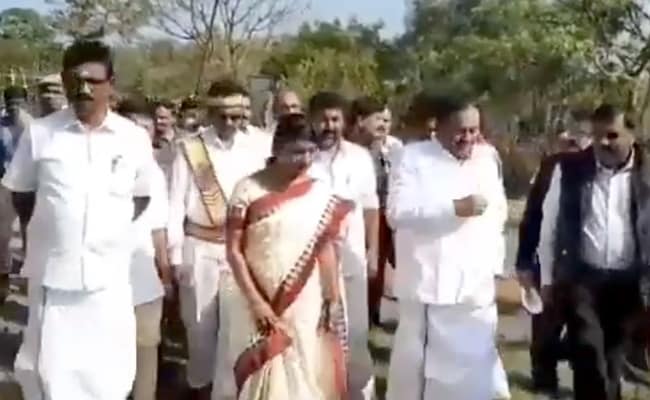 The boy readily obliged and removed the slippers in full public view.

A Tamil Nadu minister made a tribal boy remove his slippers during the inauguration of an elephant camp in Theppakkadu on Thursday, a video of which has gone viral drawing flak from a section of social media users.

When he along with the district collector and other officials were proceeding to the camp, Srinivasan called a tribal boy and asked him to remove his footwear so as to enter a temple there and perform a pooja.

The boy readily obliged and removed the slippers in full public view.

It is not clear as to why Srinivasan asked the boy to remove his footwear.

The incident has caused outrage on social media with several condemning it and seeking action against the Minister under the SC/ST Act.