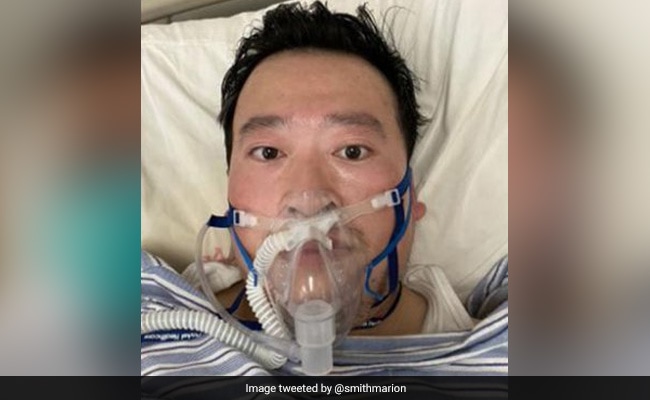 A Chinese doctor who was among the first to warn publicly about the new coronavirus outbreak — and was reprimanded by authorities for his candor — died of the infection early on Friday, his hospital announced.

Li Wenliang was working as an ophthalmologist in the virus epicentre city of Wuhan when he observed patients with symptoms similar to the deadly Severe Acute Respiratory Syndrome (SARS) outbreak of 2002-03.

The 34-year-old sent out a message to colleagues on December 30, but was later among eight whistleblowers summoned by police for “rumour-mongering.”

He later contracted the disease while treating a patient and has been hailed as a hero by Chinese internet users.

Wuhan Central Hospital in Hubei province, where Li worked, confirmed his death in a brief posting on its verified account on Chinese social media platform Weibo.

“Ophthalmologist Li Wenliang of our hospital, who was unfortunately infected during the fight against the pneumonia epidemic from the novel coronavirus, died at 2:58 a.m. on February 7, 2020 despite all-out efforts to save him.”

“We deeply regret and mourn this.”

More than 560 people have died and 28,000 have been infected in China, where authorities are still struggling to contain the outbreak despite ordering millions of people indoors in a growing number of cities.

After seeing patients with SARS-like symptoms, Li messaged a warning to colleagues to wear protective masks and clothing.

He was summoned along with eight others four days later by police for “rumour mongering”, according to a Weibo post he wrote from a hospital bed after contracting the disease in mid-January.

Li said he was told to sign a letter accusing him of making “false comments” that had “severely disturbed the social order.”

Chinese web-users have expressed growing anger at Hubei officials for wasting valuable time with a slow response and alleged attempts to hide an outbreak that has since ballooned into a global health crisis with cases in around two dozen countries.

There was confusion hours earlier after several Chinese media outlets announced Li’s death before quickly taking down their articles and social media posts.

Li’s death sparked grief and outrage on Chinese social media, where netizens hailed him as a martyr.

“He is a hero who warned others with his life,” one user, an orthopaedic surgeon, wrote on Weibo.

Be the first to comment on "Chinese Doctor Li Wenliang, Among First To Warn About Coronavirus Outbreak, Dies"