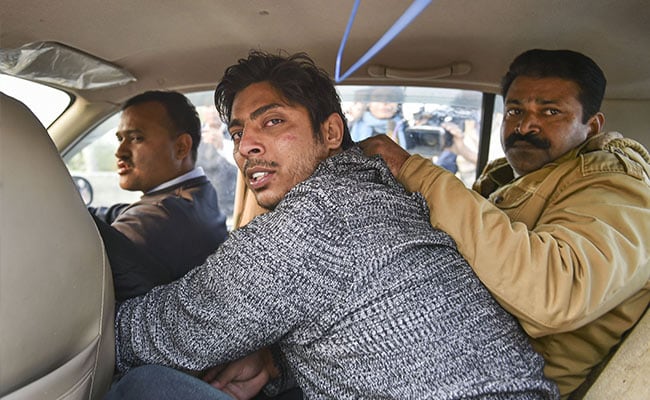 Shaheen Bagh: The Delhi Police have said the man was a member of the Aam Aadmi Party

A senior officer of the Delhi Police who claimed that a man who fired shots at south Delhi’s Shaheen Bagh last week amid anti-CAA protests belongs to the Aam Aadmi Party has been taken off election duty by the Election Commission.

Rajesh Deo, a senior officer of the Crime Branch, has also been issued a warning for making a comment that has “political connotations”, the Election Commission said in a letter to the Delhi Police chief today.

“…An incident of Shri Rajesh Deo, Deputy Commissioner of Police… speaking to the Media on 4 February 2020, on an investigation which has political connotations has been brought to the notice of the Commission. A report obtained in this connection shows that Shri Deo, referring to an investigation of a firing in the protest site in Shaheen Bagh made statements to the Media that the accused along with his father had joined a particular political party a year ago and the conspiracy angle will be established,” the Election Commission said in the letter.

“…The above-referred statements referring to a political party at this stage even as the investigation is still going on has the effect of adversely impacting the elections. This action was totally uncalled for. The conduct on the part of Shri Rajesh Deo has consequence on the holding of free and fair elections,” the Election Commission said.

“It should be ensured that Shri Rajesh Deo is not assigned any work/matter related to the ongoing election to the Legislative Assembly of NCT of Delhi,” the election body said.

Kapil Gujjar, 25, — who allegedly shouted “Jai Sri Ram” as he fired shots standing near police barricades on Saturday — has confessed to being a member of AAP, the Crime Branch officer had said on Tuesday.

The man had fired two or three times in the air, standing near the spot where hundreds of women and children were sitting. While being led away, he was heard saying: “Humare desh mein sirf Hinduon ki chalegi aur kisi ki nahi (in our country only Hindus will prevail).”

“In our initial investigation, we found some photos from Kapil’s phone that establish what he has already disclosed — that he and his father had joined AAP a year ago,” Mr Deo had told reporters, referring to photos that were leaked to the media earlier.

In the photos, the man can be seen with senior AAP leaders like Atishi and Sanjay Singh.

The Election Commission’s action against the police officer came hours after Mr Gujjar’s father, Gaje Singh, said his son was a “supporter” of Prime Minister Narendra Modi and Home Minister Amit Shah. “My son is a supporter of Modi… He was a follower of Modi and Amit Shah,” Gaje Singh told news agency ANI. Insisting that his son had nothing to do with politics, he said Kapil Gujjar was “troubled about the roads being blocked at Shaheen Bagh… because a job would take him four hours instead of one”.

The BJP has repeatedly accused the ruling Aam Aadmi Party of engineering the protests and pandering to the protesters. Hundreds of protesters led by women have set up camp on a road at Shaheen Bagh in protest against the Citizenship (Amendment) Act or CAA. They have dug in for nearly two months now.