Why a farmer must make peace with his ‘natural’ enemies like the snakes, rodents and insects – News Description

Growing up, I’ve raised many babies from the wild. One of the first was a coucal (crow pheasant) that had fallen out of its nest. Then, a desert cat that used to purr so loud, we named him Motorola! I had a civet for a while and an owlet with a broken wing. I used to catch frogs and mice for her to eat. There were also the ones that I couldn’t help, like a myna that died after ingesting poison (from a farmer spraying his crops).

For one to live in harmony with nature requires a level of compromise, and a different value system, which is absent today. The human psyche is not to adjust to the environment, but to mould it based on our needs. With this series, I aim to share my understanding of the issues we as humans, and particularly as farmers, face. And what we can do, on a micro level, as individuals, and on a macro level, as a society, to ease this coexistence with nature. Plenty has been said about elephants and tigers, and how we are encroaching on their habitat. But what about the important species in the food chain like the minor cats, insects, birds, rodents and snakes — that provide natural pest control (fly-catchers eat bugs) and population control. They are becoming extinct, or are changing their patterns of living to co-exist with humans.

Then there are the tree groves that are home to rare animals such as civets and slow lorises. The trees play an important role in maintaining reserves of subsoil water, harbouring mycelium (the vegetative part of a fungus) in their roots and wildlife in their branches. The smaller birds and animals, or ‘little people’ as I like to call them, are also important to preserve a healthy ecosystem. For example, if certain birds do not feed on the berries of a Singapore Cherry tree, it will develop fungal issues. But these groves are under threat today as they don’t have any monetary value.

Eye in the Yarroway sky

Sparrows are a great place to start. At our farm, very few places were without them once. Today, there are far less. Radiation from cell towers is supposed to be the culprit, as are chemicals used for pest control, but I feel no food in our cities and towns is also a big reason that these friendly birds are missing.

We have close to 50 sparrows living in and around our home. Initially, we put out a small plate of rice for them; what started off as a pair on the porch became a whole colony living in the roof of the house and the surrounding trees. Now they enjoy all the leftover seeds and grains after harvest, all year round. We’ve also planted bird-friendly trees like the Singapore Cherry and Indian Ber, which give them food throughout the year. Besides the sparrows, we have the grey hornbill, many varieties of bee-eaters, sunbirds, pigeons, blue jays, bulbuls and mynas, among others. In addition, the crows arrive when the peanuts are ready for harvest, and the parakeets come when the corn and sunflower are ready. 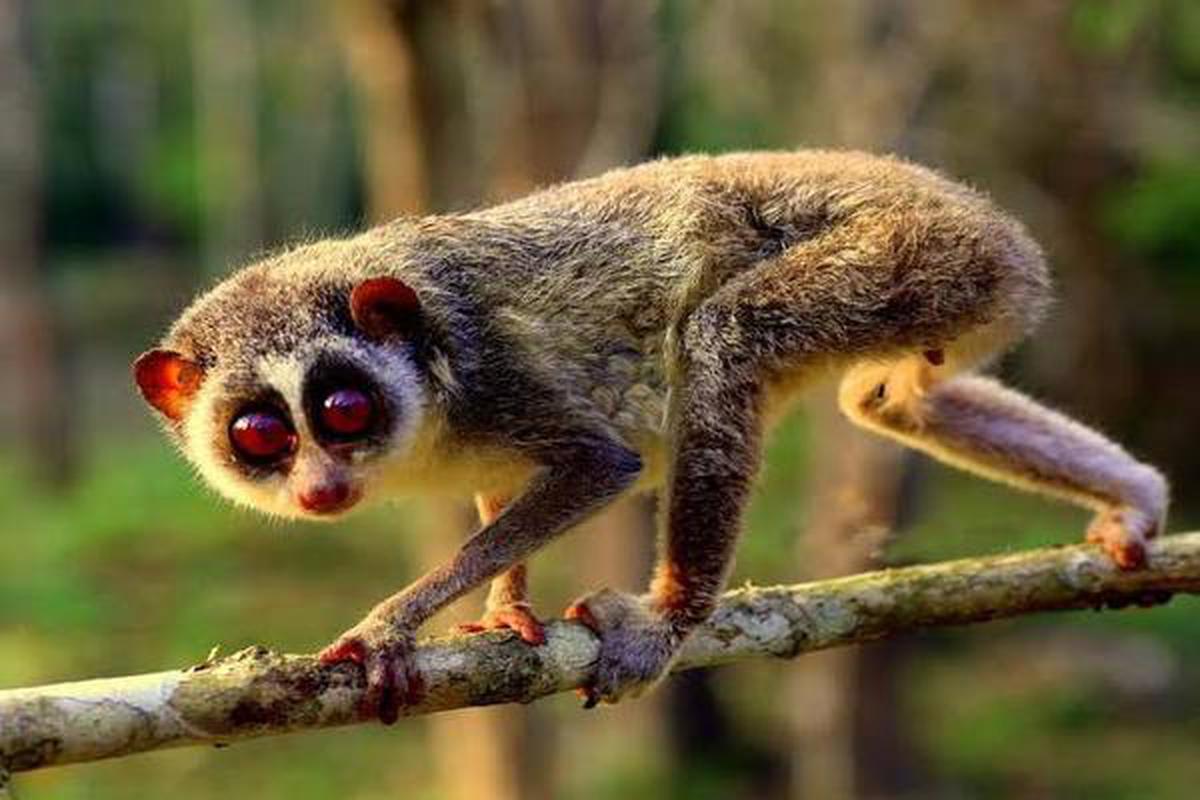 Growing up in rural India, I’ve witnessed a change in cropping patterns — going up from 50% dry land being cropped with cotton and other cash crops to close to 90%, cutting out even the legumes that were used as intercrops. In areas where we used to grow two crops, one cotton (kharif) and one food (rabi), our farmers are only growing one, and that too a cash crop. This leaves not only the farmers and their families hungry (and dependent on markets for food), but the wild animals too (since we take over their natural habitat to grow our crops, so they are dependent on our lands). The reasons behind this shift are many and for another discussion.

In this current situation, when organic farmers like us grow food crops such as sunflower, jowar or bajra, the bird population swoops down and flatten the crop. Parrots dig out the sunflower kernels with their hooked beaks and rip up the corn ears, rats fill their burrows with grain, and rabbits make homes around the farm, to eat young shoots. Chillies and tomatoes are destroyed by hordes of peacocks, not leaving much for the farmer. All the small animal population in an area become concentrated in a small area that chooses to grow diversified crops. This is why sustainable agriculture practitioners struggle to grow crops in such an environmental crisis. 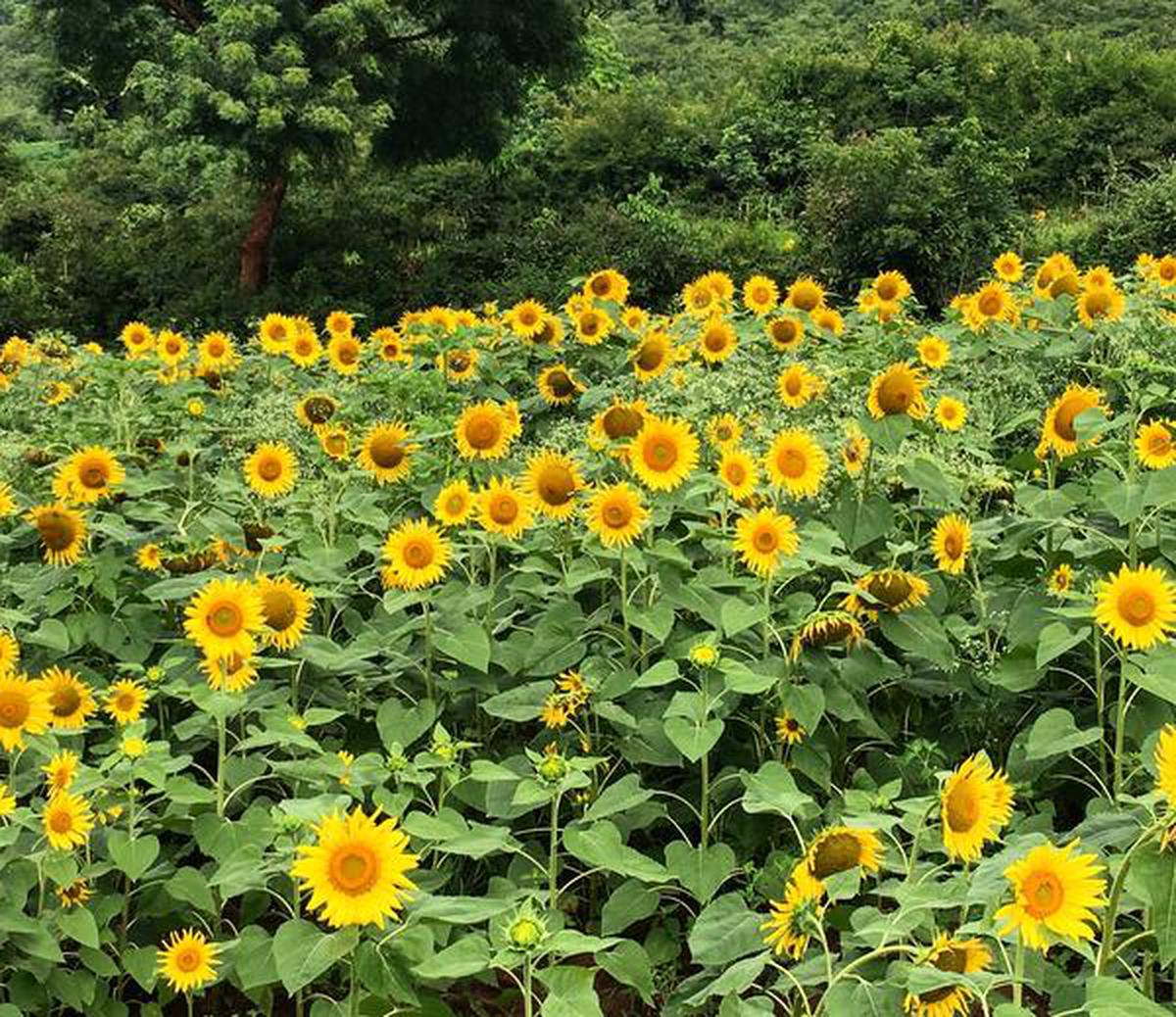 So, what can be done to minimise these effects? Farmers need to plant more food crops (even as intercrops for cash crops) that can act as food banks. This will spread crop losses because of other members of the environment across many farms and not be magnified in the few who choose to grow food crops.

These changes are not easy to make for the society as a whole, but if a few people care and take time to observe patterns, differences can be made. Feed sparrows, plant fruiting trees. Listen to the bulbul and the cuckoo, and know that because of what you’ve created there are no silent mornings.

Being a farmer isn’t as easy as you think. With the onset of the harvest season, Anjali Rudraraju and Kabir Cariappa of Karnataka’s Yarroway Farm join us with a series that explores what it takes to keep a farm running.

You have reached your limit for free articles this month.

Register to The Hindu for free and get unlimited access for 30 days.

Find mobile-friendly version of articles from the day’s newspaper in one easy-to-read list.

Enjoy reading as many articles as you wish without any limitations.

A select list of articles that match your interests and tastes.

Move smoothly between articles as our pages load instantly.

A one-stop-shop for seeing the latest updates, and managing your preferences.

We brief you on the latest and most important developments, three times a day.

Not convinced? Know why you should pay for news.

*Our Digital Subscription plans do not currently include the e-paper ,crossword, iPhone, iPad mobile applications and print. Our plans enhance your reading experience.

Be the first to comment on "Why a farmer must make peace with his ‘natural’ enemies like the snakes, rodents and insects"